ALGWA SA is currently planning its rural and metropolitan information sessions during June and July 2022 for prospective women candidates for local council elections in November 2022. 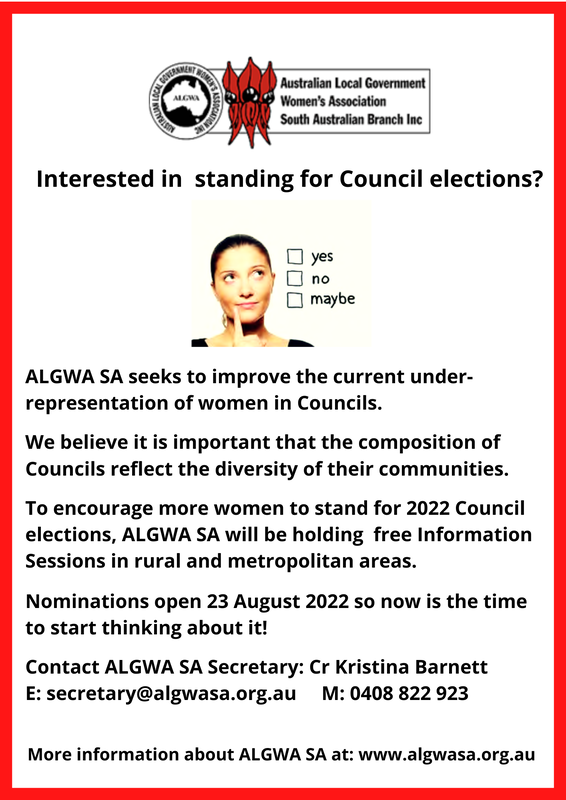 ALGWA SA has continued to run  regional information sessions since 2006 to encourage potential female candidates and provide resources during a Council Election year to encourage more women to stand for council.

These workshops are provided by ALGWA SA Committee members and its network of existing women councillors throughout the State and  liaising with Councils and the Local Government Association.

​Previously
ALGWA SA has published online resources for women candidates including  Taking Up The Challenge  (March 2007); Getting Elected-Women Can booklet (2014) and in 2018.

During May and June 2018,  ALGWA SA organised  eight Getting Elected Women Can regional sessions  at  Port Augusta, Burra and the  Coorong in the country and the metropolitan ones at Campbelltown, Brighton, Gawler, Noarlunga and Woodville with over 100 potential women candidates attending with many in the younger age bracket.

The United Nations defines 30% as the minimal percentage of women required for government to reflect women’s concerns.
​
​ALGWA SA was pleased with the result.